Citizen Khan helped two fans get engaged on stage as part of the opening night of his UK tour last night at the Alhambra Theatre in Bradford.
Andrew Haughey, 43, from Bradford, has been with his girlfriend Joanne Rand, 41, for just over a year and following a botched operation that led to borderline kidney failure, he realised that life is short and decided to propose during the show on Monday night.
Andrew is the Vice Principle at a school for disadvantaged children next to Bradford Football Club and Joanne works with disabled children in the city too.
After getting in touch with the show's creator and star, Adil Ray, Andrew and Joanne were invited on stage to take part in the Mr and Mrs themed part of the show. After the game, Citizen Khan asked Andrew if they were married and when Andrew replied that they weren't, Citizen Khan asked what he intended to do about that - at which point Andrew got down on one knee to propose with a ring that he'd bought in Citizen Khan's home town of Birmingham.
The Citizen Khan UK Tour visits venues across the country until 7th May and will be at the Grand Theatre in Birmingham on Thursday 28th April. 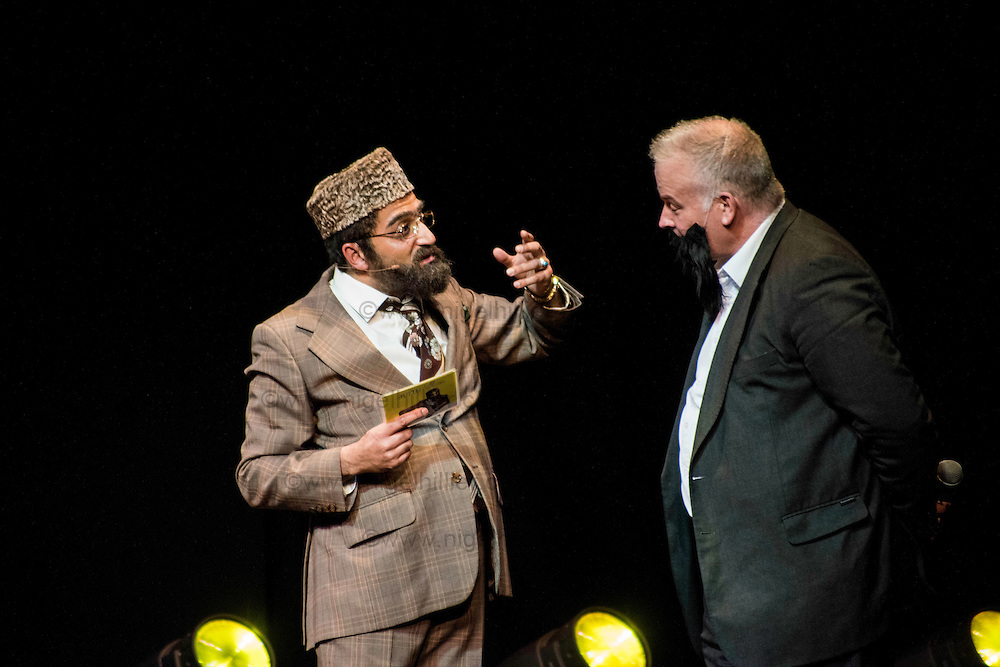